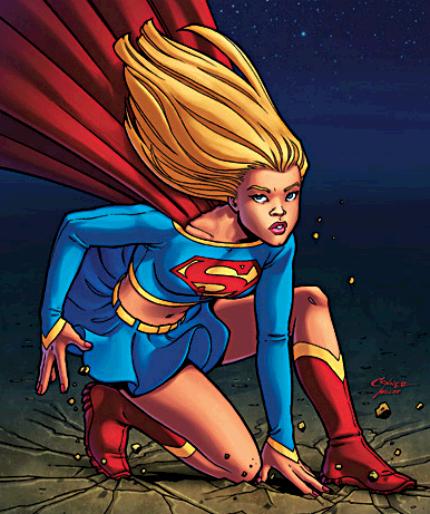 Here’s your latest round the clock coverage of the whole Kristen-Bell-as-Supergirl rumor, one of the hottest on the net right now!

First up, iF Magazine has an interview with SMALLVILLE co-creator Alfred Gough where he talks all about the character and her role on the show. The biggest reveal: She will NOT wear the costume. Sucks, I know!

He also lets us know that HELEN SLATER, who played Supergirl in the 80s movie, will be making a guest appearance this season.

Michael Ausiello doesn’t think Kristen Bell would be interested in the part of Supergirl because its a supporting role, given her growing celebrity. But he then notes that The CW plans (big news here)… for SUPERGIRL TO GET HER OWN SHOW!

That’s right! Apparently, the plan within the CW/Smallville offices is to introduce Kara Zor-El on Smallville and gauge audience reaction, then roll out an original Supergirl series. That would be amazing!

Finally, Michael has word that another former Superman, Dean Cain, will be making an appearance on the show this season, but NOT as the new editor of The Daily Planet– which was the hot rumor once upon a time!